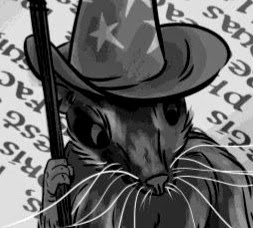 Yes, that is a rat in a pointy wizard hat. I couldn't help it!

"Rats Magica," my alternate campaign setting for Ars Magica, has been published by Sub Rosa magazine. In Rats Magica, players take on the role of six inch rats with incredible (at least, for rats) magical powers. They contend with unhinged cat familiars, an expansionistic Bee King, hired rat catchers and, of course, the Order of Hermes, who wants to use them for arcane experiments and make them all pet familiars.

The art for this article is just so wonderful. I couldn't believe how awesome it all looks. You can check out Sub Rosa here.
Posted by Jason Tondro at 7:46 PM No comments: 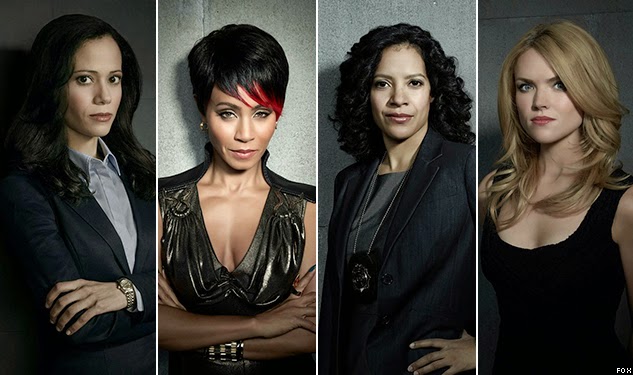 A decade and a half ago, the X-Men film made a gajillion dollars in its opening weekend and, as a consequence, the "Young Bruce Wayne" television series then in development was abandoned in favor of the pot of gold surely waiting at the end of every summer blockbuster rainbow. Today, with plenty of failed super hero movies behind us, we seem to have made a 180: television can't get enough superheroes. Arrow is popular and, from what I hear, smartly written (it takes more than Green Arrow to get me out of my cave). Agents of SHIELD was widely panned by fans last year (and by critic Andrew Wheeler in a bewildering example of narci-masochism penned for the otherwise-excellent ComicsAlliance) but hit storytelling gold when, the very week Hydra was revealed on big screens in the Captain America, we discovered Agent Ward was a wolf in sheep's clothing. It felt like the Marvel Cinematic Universe was moving forward in real time. I was hooked. This season we're getting Gotham, Flash, and Constantine, Daredevil and three other shows are in development for Netflix, a Supergirl series was just picked up, and even Powers got off the ground. What's next? Not even Plastic Man would surprise me at this point.

This week Gotham debuted and Agents of SHIELD kicked off its second season. I watched both and really enjoyed both. Today, let's talk about Gotham.

Frank Miller's Dark Knight Returns and, especially, Year One, made me a member of the Jim Gordon fan club, so I'm a soft sell on Gotham. Ben McKenzie's Gordon is a bit too clean-shaven and crew-cut for me; Miller always drew him with that great Tom Selleck stache. But he totally sells this role and his performance is both nuanced and compelling. Donal Logue is great as Harvey Bullock, a more famous replacement for Gordon's original partner, Flass. I'm used to thinking of Bullock as a good guy not a corrupt cop, but I'm totally prepared to go with it in this case as long as the show keeps Logue on screen.

There was a lot going on in this first episode, and that was probably the only thing I didn't like. A young Selina Kyle had bookend scenes and her constant cat-posing was just silly. I suppose that's exactly what a kid who styled herself Catwoman would do -- walk around posing like a cat even when no one is watching -- but I don't think the director wanted me to laugh at those scenes. Poison Ivy and especially Riddler get better first appearances, but most of the criminal world-building this time focused on Penguin. Other than the fact that Oswald doesn't like his Penguin nickname, a writing shortcut I find overdone, this is the most interesting version of the Penguin I've ever seen. When a show can convince me the Penguin, of all people, is interesting, they're doing something right.

Penguin's boss is Fish Mooney, an original character created for this show. I like her, and creating her is a great decision. We know she's going to die, because she's not a famous character (they certainly aren't going to kill off Penguin, for example), but she is tough, glamorous, and dangerous. There's something weird going on with her character as well; one of her first lines establishes that she is vain about her hair, but when she nearly clubs Penguin to death with a baseball bat (!) I swear I think I saw her check to see if her wig was in place. I definitely want to see more Fish.

Barbara and Rene Montoya were unexpected. When I first saw Barbara on screen, my first thought was "That had better be Sarah Essen," because Erin Richards would have made a phenomenal Sarah Essen. But no, she's Gordon's fiancée instead, who was something of a non-entity in the comics, a mousy, brown-haired, stay at home mom completely overshadowed by the blonde, tough as nails, and brilliant (remember: the first person to deduce Bruce Wayne was Batman), Sarah. This Barbara is going to be a much stronger character, while Sarah has been promoted into obscurity. She's now Gordon's boss, but never leaves her desk and doesn't seem at all interesting. And then there's Rene, who apparently has a history with Barbara! For those new to Gotham City, Rene Montoya is lesbian, and when she walks into Barbara's art gallery and Barbara responds with a testy, "I'm engaged now..." this can really mean only one thing: Gotham's writers have shifted the love triangle off of Barbara-Jim-Sarah and onto Jim-Barbara-Rene. Wow. That is gutsy.

We also got Alfred. Now, it would be hard for me to pen a better paean to Alfred Pennyworth than those already written by Chris Sims, but let's just sum it up with: Shakespearean actor, Special Forces soldier, part-time surgeon, and Batman's butler. Alfred is so cool, you have to get someone of Michael Caine's caliber to play him. And while what we got of Alfred was all right in this pilot, I definitely would like him to get more screen time. What I don't especially want is to see more Bruce. He's finely played and actually well written. I have no complaints with that. But this isn't a show about Bruce Wayne and I don't want it to become one. Is it possible to have a show with more Alfred and less Bruce? I don't know. But I hope so.
Posted by Jason Tondro at 1:31 PM No comments: 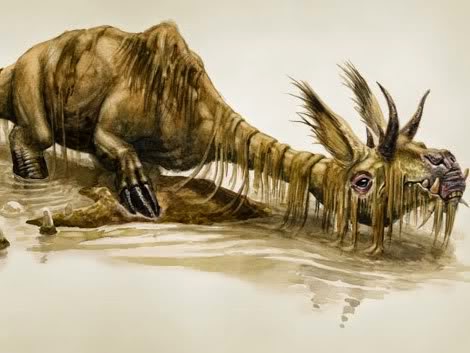 Last week I got to talk with Steve Townsend, one of the freelancers who helped write the newest Monster Manual for D&D. Steve wrote half the background text for the book, every odd letter (A, C, E...) which means he got to write Giants but not Dragons. Still, pretty jealous.

I've been playing the new D&D a little and I enjoy it. It looks like a solid game.

You can hear our podcast here: http://mikelaff.podbean.com/e/monster-manual-behind-the-scenes/
Posted by Jason Tondro at 6:15 AM No comments: