Mark Millar, Shakespeare, and the Topic of Rape 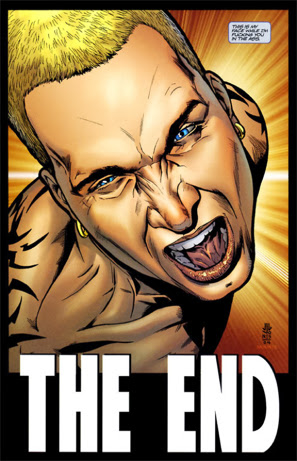 Comics Alliance editor-in-chief Joe Hughes published a blog post on Thursday taking Mark Millar to task for his insensitive attitude towards rape. You can read it yourself here. Hughes' began with quoting Millar's own argument that rape is just another act which an author inserts in a book to show that the bad guy is bad. It's equivalent to decapitation. Millar's argument is that, to show a bad guy is a bad guy, you need to have the opposite of the Pet the Dog scene, and it doesn't really matter what that scene entails as long as it achieves its purpose: showing that the villain is villainous. Hughes went on to argue that this was incredibly insensitive considering how many women are raped in our country. He argued that rape and decapitation are not at all the same, because none of the people reading a comic book today have ever been decapitated. And Hughes ended with the suggestion that, if we really want to know who the bad guy is, Millar is that bad guy.

It's an easy argument to understand and, considering the status Shakespeare enjoys in our culture, it is probably an inevitable one. So let's look at how valid it is. 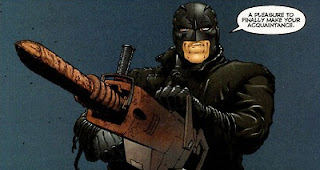 Rape appears in precisely one of Shakespeare's 40 (or so, depending on which you count) plays. Well, that's the first crack in this argument, isn't it? Because a great many of Millar's works feature rape; in addition to the Kick-Ass 2 scene which began this conversation, we might also include the time when Thor was sodomized with a jackhammer or the time the protagonist of Wanted compared his own comic to fucking you, the reader, up the ass. (One day I will write a paper comparing the end of Wanted to the end of the Tempest, when Prospero pleads with the audience to release him from bondage through the power of applause, but not today.) If we just run the numbers, Shakespeare is not a very good defense of Millar.

There are a couple of other plays which threaten rape, but the only one in which the act is actually completed is, of course, Titus Andronicus. This is one of Shakespeare's earliest plays. Today, we might call it his first tragedy, but Shakespeare's audience might not have thought of it that way, since they had already seen Richard III. Regardless, it's an early work. And it's pretty interesting. But let's be honest: very few people would argue that it is Shakespeare's best work. For Mark Millar, maybe we could compare this to his voluminous work on 2000AD, where he wrote Judge Dredd and Rogue Trooper and many other characters. Good stuff maybe, but it's not what people talk about when they talk about Millar. If we were defending Millar by quoting King Lear, Hamlet, or Twelfth Night, well, now that would be persuasive. But trying to defend Millar by talking about one of Shakespeare's least-read and least-performed plays is not persuasive.

Very briefly, it's worth pointing out that the criticism of Millar began with his comics, but it continues through his own personal statements, wherein he explains that rape is just another violent act inserted in a book to shock the reader and illustrate the villain's evil-ness. Defending his work by invoking Shakespeare's work is fine in principle, but this does nothing to defend Millar's authorial statements. (Now, some of you out there are ignoring those statements precisely because they are authorial; after all, we have no idea if Millar is sincere when he says them and, even if he is, Death of the Author, right? This blog is not for all of you. You can skip to the end.) If we were defending Millar by citing Ben Jonson, well, we'd be fine. Because Jonson wrote long pages explaining his own work. But Shakespeare never did. Shakespeare never wrote, "Prithee, to portray rape in a play beeth no shame, for ever and anon it shall prompt the groundlings to hate the villain, and thus cheer all the louder for his fall." Shakespeare didn't say that; that was Millar.

Now it's time to get to the specifics of the rape in question. It occurs off stage. Two wicked brothers are persuaded into gang-raping Titus's daughter, Lavinia. In the process they also cut off her tongue (so she can't tell anyone who did it) and her hands (to keep her from writing down her story). It occurs right after Lavinia has pleaded with the mother of the two boys -- who wields significant power over them, and who gives her to them -- to kill her instead, because she would rather die. This is a particularly long and eloquent speech, which is vitally important to understanding the scene because it contrasts violently with Lavinia's silence for the entirety of the rest of the play. Lavinia lives in a society where women have very little power; what power she does have is in her voice. When Demetrius and Chiron rape her, they don't just perform a violent act on her. It's not like Othello smacking Desdemona across the face. (This seems relevant: Note that in one of Shakespeare's much later, much more read, plays, rape is not required to make us hate a man we began the play admiring.) They strip her of her power, her literal and metaphorical voice. And, to a great degree, the entire rest of the plot hinges on her getting that voice back. Because the villains cannot be caught and punished until they can be identified, and the only person who can identify them is Lavinia. It is not until, holding a stick in the stumps of her hands, Lavinia writes out the names of her rapists in the dirt that Titus learns what has happened, and resolves to secure his revenge at any cost.

In other words, rape is not used casually. It is not used just to shock the reader. It is not just like decapitation. Shakespeare did not just spin a wheel lined with awful deeds ("Kick the hero's dog" "Burn down the hero's house" "Smack his mother around"), watch it land on "Rape!", and then write a rape scene. The entire plot hinges on the rape. The rape is important.

And, therefore, quite in contrast to Millar's expressed attitude towards depictions of rape.

So, in brief, excusing Millar's use of rape in comics by citing Shakespeare fails on three counts.

And that's about the end of that.

But! If you really want to defend Millar, you're really doing yourself a disservice by citing Shakespeare. I realize he is the Big Giant Head, the apogee of literature and all that, but c'mon. This was easy.

If you really want to defend Millar, you should be saying, "If Alan Moore can do it, why can't Mark Millar?"

And that is a much, much better question.

Update 2: And here's the New Republic article that started the conversation. I think the author of that piece has fallen for Millar's self-hype a bit too much, frankly. But the piece does at least give Millar's and Hudson's quotes in context.
Posted by Jason Tondro at 10:02 AM