The Return of D&D 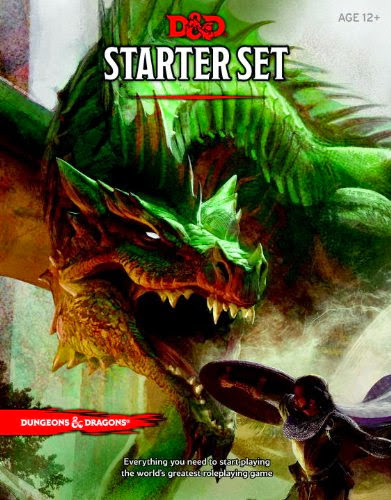 As friend of the blog Tommy Brownell pointed out last week, you can tell that a new edition of Dungeons & Dragons is dropping because the nerd-rage and the Edition Wars have hit a fever pitch.

I've played every version of D&D, and I've always had fun. I was introduced to AD&D in junior high before the DMG had even been published. I brought my copy of Unearthed Arcana to college with me, more out of sentimental reasons than anything else, because by then I'd discovered Champions and GURPS. When the Player's Handbook for 3.0 came out, I remember driving through the Wisconsin snow to be at the game store when it opened. And when 4e arrived, even though I'd sworn off D&D, I ended up DMing a wonderful group of players all the way to level 24 over two years. It was the game everyone wanted to play.

This has always been D&D's great power. Sure, fantasy has been done to death, and there are foundational design elements that are not to everyone's taste (classes, hit points, alignment), but when a gamer is looking for a group, the easiest way to find one is to play D&D. Love it, hate it, or shrug your shoulders in a resounding "meh", it is the lingua franca of RPGs.

I picked up the Starter Set last week, I've already DM'd about a third of the Lost Mine of Phandelver, I've got a full group waiting to play through the whole thing starting this weekend, so I thought I'd give my initial thoughts on the latest iteration of the World's Most Popular Roleplaying Game.

The Tactical Board Game Is Gone

While optional rules for miniatures and tactical movement are included, gone are flanking, combat advantage, measuring everything in squares, spell area templates, and most of the rules for monster size and reach. Personally, I think this was a financially-driven decision based on the fact that Hasbro and Wizards has gotten out of the miniatures business, licensing it out to Wizkids. But even if that's true, the results are largely positive. Yes, we are losing the fun that comes from moving your cool mini around on the board, and the tactical players out there are going to have a lot less fun. (An old grognard asked me if I wanted to borrow his minis on launch day. "I've got four hundred of them!" "Thanks, but we don't need them," I replied. And I genuinely felt sorry for him. I felt like I'd kicked his dog.) But 3rd and 4th edition D&D was chained to the map in a way that dominated play. Encounters became set pieces that commanded too much time, dominating the session. We counted how many encounters you could work through in a session, considering four to be a strong showing. Roleplay had to fight for oxygen with the battlemat. No longer.

Now, this is going to be a tough thing for players to get past; after all, D&D has required minis and a grid for fifteen years. War gamers are used to flexing their muscles on the map, and minis just look cool. On launch day, the table next to me dutifully drew out every encounter and pushed minis around, carefully ensuring flanking on every goblin... For absolutely no mechanical benefit. It took them three times as long to play through the adventure as it took my group, and that wasn't because they were engaging in sustained roleplay. Old habits just die hard.

The new edition is just simpler to learn and play. There are fewer "fiddly bits." Remember in 3rd edition when players would cast a bunch of buff spells on themselves before combat? Yeah, gone. Because most of those modifiers have been rolled into simple "advantage" or "disadvantage" which you either have or you don't. We don't have to add up modifiers any more. And because most buff spells require the caster to concentrate on them (which does not impede actions but which does prevent other concentration spells), you'll seldom need to bother with more than one such buff at a time. Attack bonuses and AC do rise as you level, but at a fraction of the speed. That means less math, monster which remain useful over a broader level range, and faster play.

If any of you DM'd epic level play, you know exactly what I'm talking about: level 20+ monsters with hundreds of hit points each, each managing a dozen powers at once, players using calculators to figure out the damage of their own attacks... The game was a slow-moving train wreck. All of that's gone now. Small numbers and far fewer modifiers means more fun.

And yet, at the same time, a lot of the homogeneity which was imposed on the rules in 3rd and 4th edition is gone. Spells no longer have the same three ranges and durations (a 3.0 innovation). Advancing in level doesn't grant the same power selection to every class (a famous 4e development). The rules are simple, but not at the expense of customization and uniqueness.

The Magic Item Economy Is Gone

3rd edition introduced the idea that buying a magic item was like buying a car. They were expensive but ubiquitous, and if you were willing to shop around long enough in a big enough city, you could be pretty sure of finding exactly what you wanted. At the same time, the idea of "magic item slots" on the body was reinforced. Before, there might have been a limit to the number of items you could use, but now you were expected to use as many items as possible. You could wear two rings, for example, one on each hand, and anyone who wasn't wearing two rings was underperforming. There was an expectation that, as characters leveled, they would gradually fill in every magic item slot they had, and then upgrade them. 4e reinforced all this. In both editions, player characters walked around with a "net gold piece value" attached to them, a sticker price for all their magic items, and this was a factor -- indeed, second only to character level -- in balancing encounters and adventures.

All that is gone. You can still buy potions and scrolls and so on, but all the important magic items are not for sale. The magic item slots keyed to the human body -- boot slot, arms slot, and so on -- all gone. Instead, magic items either need to be attuned or they don't need to be. If they don't, you can carry as many as you want, but if they do, you can only have three. Magic items have become rarer, impossible to buy, and although you are no longer expected to be a walking Bazaar of the Bizarre, magic items have also become more character defining.

If you were involved in the D&D playtest for this edition, you know Wizards was obsessed with player surveys and the question of comparing the new rules to previous editions. Players are doing this too, insisting that the new edition "feels like 3rd edition" with the implication that 4e was a giant boondoggle and Wizards has recanted, or that the new rules "still have all of 4e's problems," implying that the game still sucks so why bother playing it? Both of these analyses are incorrect.

By removing the tactical game and the magic item economy, the new D&D is fundamentally different than either 3rd or 4th edition. Encounters play out like they did pre-3.0 and characters are no longer the sum total of the crap they're carrying. The numbers have been flattened out to a degree not seen since 2nd edition, though it's not as flat as 1st. (We're not going to see Asmodeus back at 66 hp any time soon.) What you're seeing here is the influence of people like Friend of the Blog Kirin Robinson and many, many other people who are part of the Old School movement. The new D&D is a simpler game, but it's also incorporating flexibility and roleplaying. This is the first ruleset of D&D to include a mechanical benefit for good roleplay (the "inspiration" mechanic). That alone makes it feel different than previous versions of the game.

I'm easy to please when it comes to D&D. As I've said many times before, if I can swing my +1 flaming sword at an Owlbear and roll a 20, I'm playing D&D. The specifics have never really gotten in my way. But this is a good ruleset. I can do a lot with it. And it's simplicity makes it attractive to new players. It's not going to win over the haters, who -- let's face it -- gotta hate. But if you sit down and play the thing, you're going to see its eminently workable and in many ways a deep improvement on the game we've been playing for fifteen years.

I am going to miss Minions though.
Posted by Jason Tondro at 7:50 AM