"I've Had Worse Times": My review of EDGE OF TOMORROW

EDGE OF TOMORROW is an entertaining popcorn flick that demonstrates Tom Cruise is A) a capable action hero even when cast in the role of a man half his age, and B) is still The Most Charming Man on Earth.

At its core, Edge of Tomorrow is almost classic science fiction. It takes one idea -- "What if a man could live the same day over and over again as long as he died at the end of it" -- and explores that idea in a lot of depth. I say "almost" because if HG Wells was doing this film, that would be the only science fiction element in it, and everything else would be the world we live in. But in this case we have an alien invasion and chaingun-equipped combat exoskeletons which, knowing most of the people on my friends list as I do, you are probably willing to forgive.

One of the things that struck me about this film is that Cruise is basically playing Jerry Maguire (a master of marketing and charming bastard) and his character from A Few Good Men (child of privilege and charming bastard) who finds a path to becoming a better man when he is thrown into the deep end. I guess I never realized that this is why you cast Tom Cruise in your movie. Your main character is a guy who has been able to coast on good looks and privilege for his whole life and is a jerk, but he's a redeemable jerk, and your movie is about that jerk figuring out how to be a good person by, and here's the trick, connecting with other people.

Emily Blunt underplays this entire movie. Her character used to have the same "Groundhog Day" powers Cruise's character Tom Cage has now (get it? Cage! Because he's trapped in time!), and ends up a mentor to him. Now, that's a cool role, and it's neat to see Blunt as the ass-kicking alien fighter. But it will come as no surprise to anyone who knows me that I wish Tom Cruise had been "the guy who used to have these powers but doesn't anymore" and Blunt was the protagonist who was on screen every single minute.

The film is not as monotonous as it sounds. For example, Cage despairs of his struggle and flees the war at one point (that doesn't really work out), and the script robs him of his time-reset powers for the final reel. The quiet moments between Cruise and Blunt are quite effective, and the script is fairly smart, because we don't get the customary exposition of their feelings. Instead, actors are allowed to actually, you know, act. And I respect it when filmmakers allow things to go unspoken.

I only have one other beef with this film, and I don't know if the film could escape it, so it's not really fair to criticize it. But I weary of alien invasion movies in which the invasion can be stopped if we can only Kill The Big Boss Alien or Use This Superweapon. Wars are not resolved with anything this simple. There is no "I Win" button for a war, but boy oh boy does America wish there was, and so we get movies like this. A story in which the heroes simply gain an advantage, or take a big step forward, or tip the scales, is not enough for a 2 hour movie that must wrap up neatly at the end. (Starship Troopers being the only alien invasion film I can think of that breaks this rule, and it even has to apologize for it at the end.) So I really wish defeating the invader was messier than it is always in these movies, but I suppose that's just not going to happen. Especially in a movie which is playing off of video game tropes, of which the Big Boss is certainly a part.

This especially struck me as I sat in my cushy chair on the 70th anniversary of D-Day and watched the Good Guys invade France's beaches. This was not a coincidence. This movie's opening weekend has clearly been chosen to resonate with the Normandy invasion, which its extensive beach scenes clearly reference. See, if we made a movie about World War II today, it would be about Tom Cruise sneaking into Hitler's command center with a bomb and ... 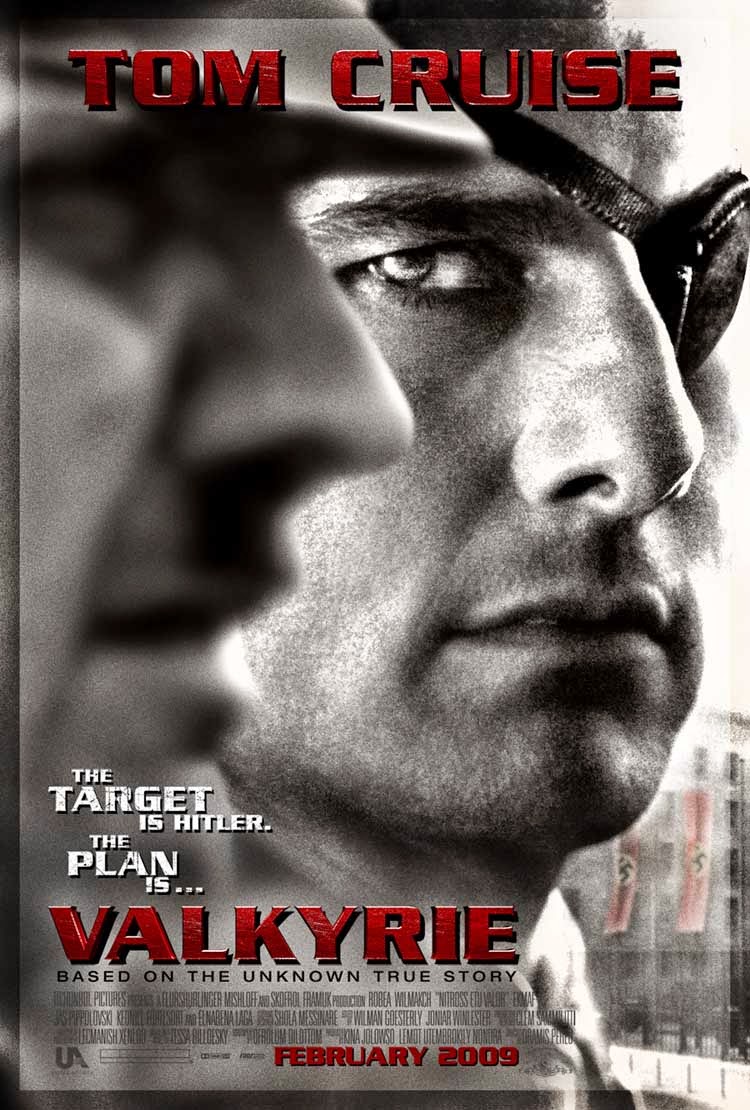